Roses are red, violets are blue unexpected ‘{‘ on line 32.

…
With Microsoft-hosted agents, maintenance and upgrades are taken care of for you. Each time you run a pipeline, you get a fresh virtual machine.
…

Besides running a whole host of different tools, runtimes, package managers et cetera (e.g. windows-latest) which are maintained in the actions/virtual-environments repo, all agents will also run the actual Azure Pipelines 🚀 agent. No matter whether you’re using the Microsoft-agents, or choose to run a self-hosted agent as a service or an interactive process, it’s this piece of software which allows you to run build or release jobs on a self-hosted machine.

The agent software receives updates every few weeks. If you’d like to get the latest version which contains the latest features and bug fixes, you would have to manually update all of your self-hosted agent pools… 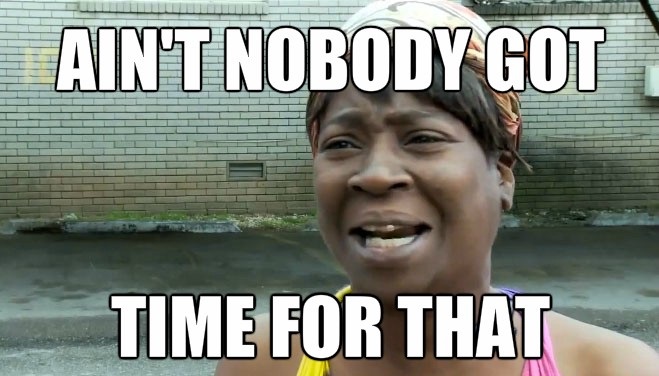 Below is a fairly simple YAML pipeline:

The pipeline is scheduled to run once a week (every Thursday @ 2 AM in this case) and contains just a single task: running a Update-Agents PowerShell script where the actual updates are triggered. It consumes a single environment variable PAT, containing the personal access token which is needed to authenticate.

⚠️ Info: In theory you could leave out this “custom” variable and simply refer to $env:SYSTEM_ACCESSTOKEN which is one of the many predefined system variables that holds the security token used by the build agent. However, I kept running into authentication issues upon running the script, so I opted to use a dedicated PAT for now.

The PowerShell script makes use of the Azure DevOps REST API as well as the GitHub REST API, and goes through the following steps: 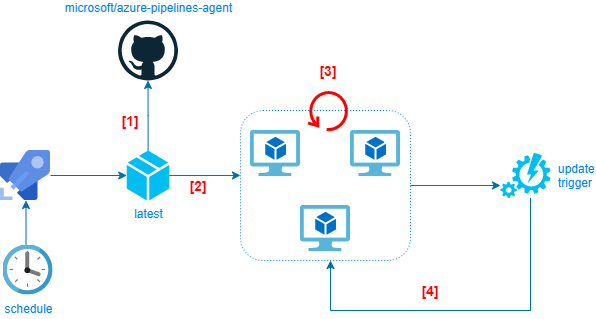 The meat and bones of the PowerShell script are contained within the last 2 steps as you can see below.

👉 Comparing the current agent version with the latest one:

Below is what the output will look like whenever the pipeline encounters any outdated agents. It will obviously skip any agents which are offline or are in the process of running any jobs. As this already being used in production, any agent names as well as the name of my Azure DevOps org have been blurred: 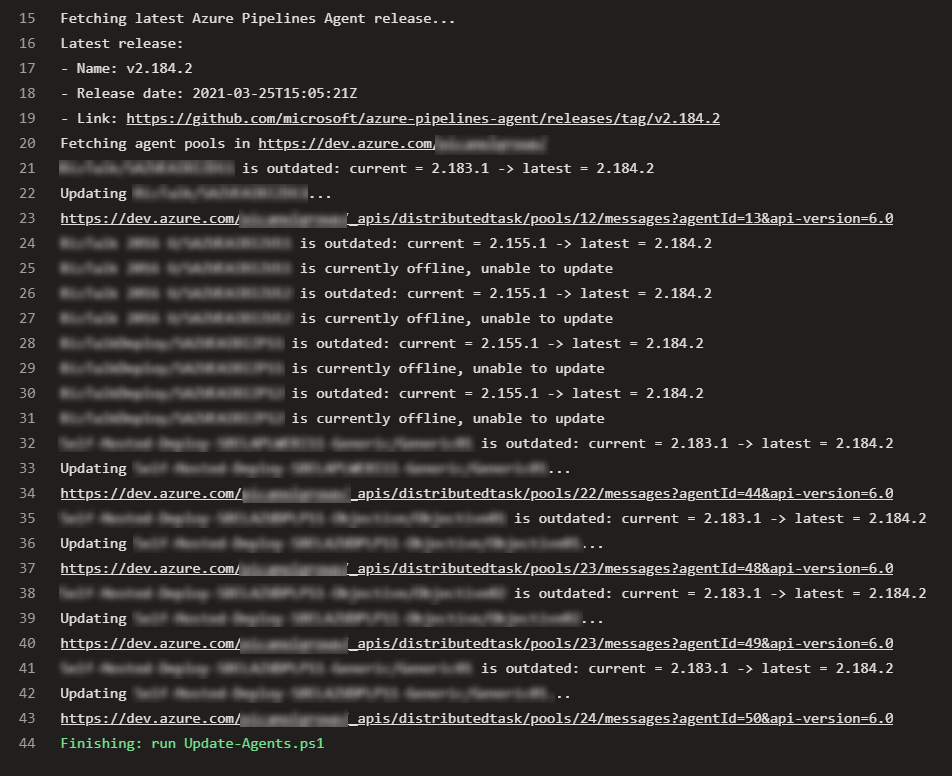 You can grab the Azure Pipelines definition (azure-pipelines.yml) as well as the PowerShell script (Update-Agents.ps1) from my azure-devops-toolbox repo here.

You May Also Enjoy